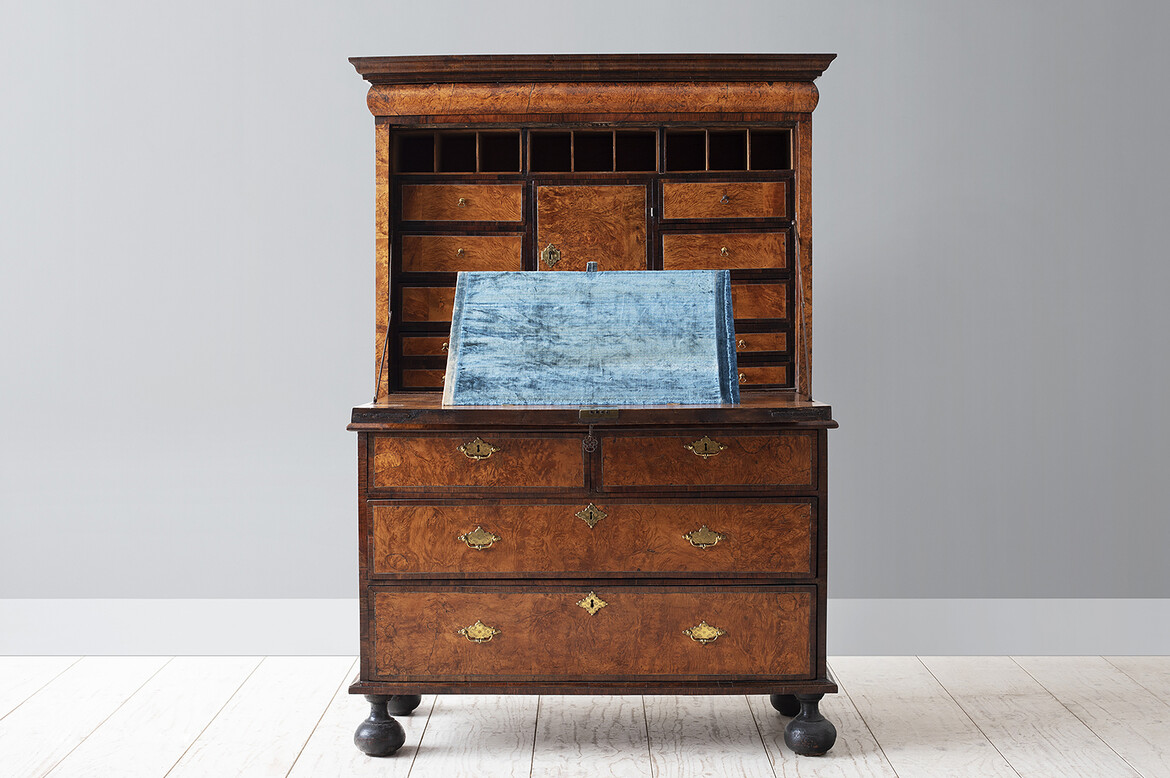 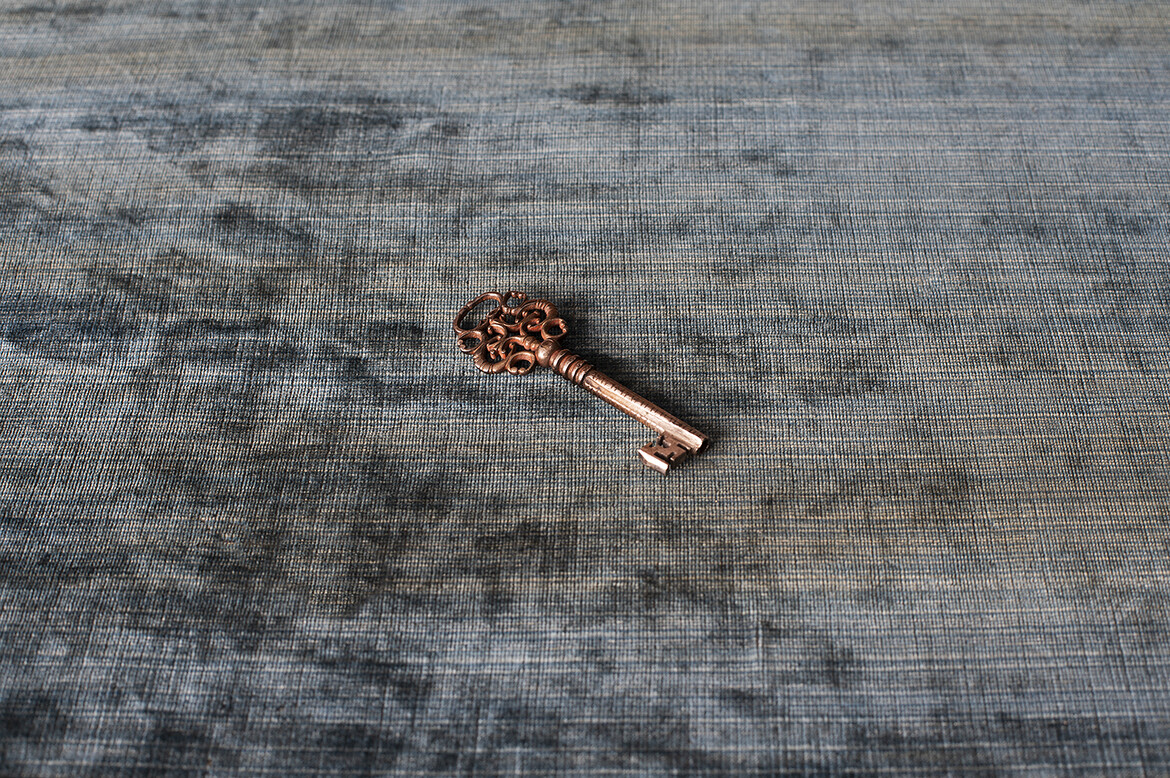 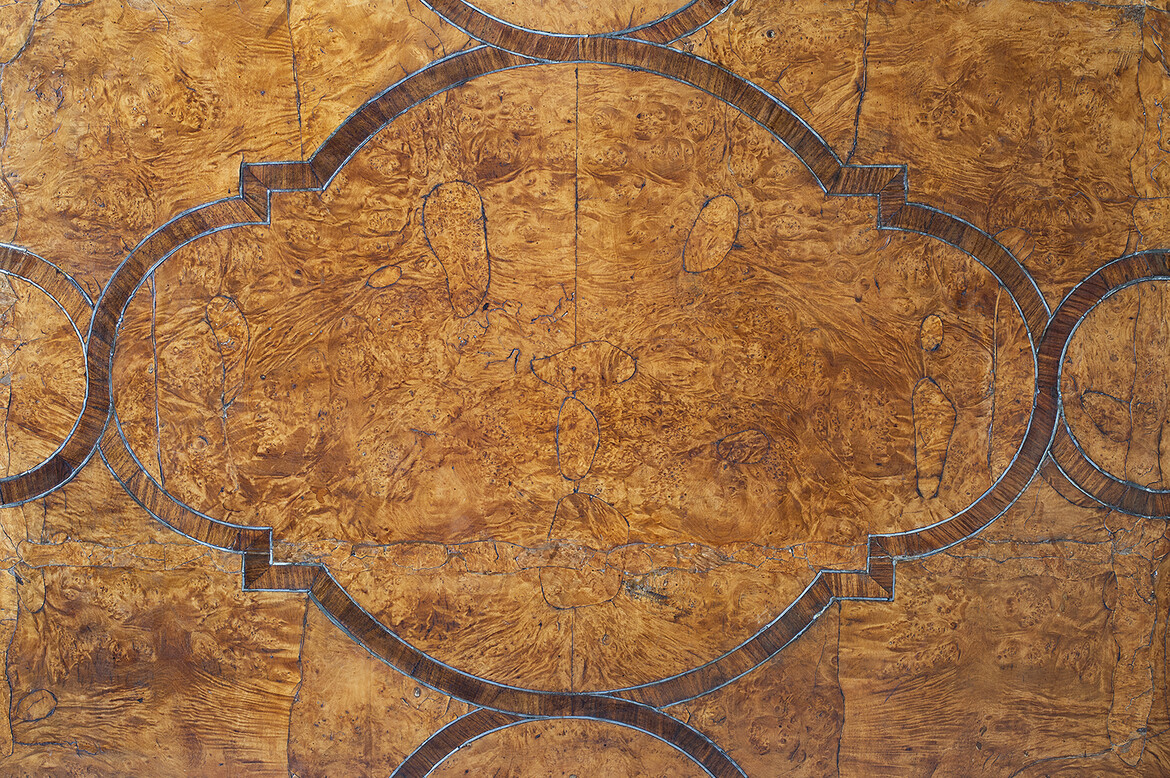 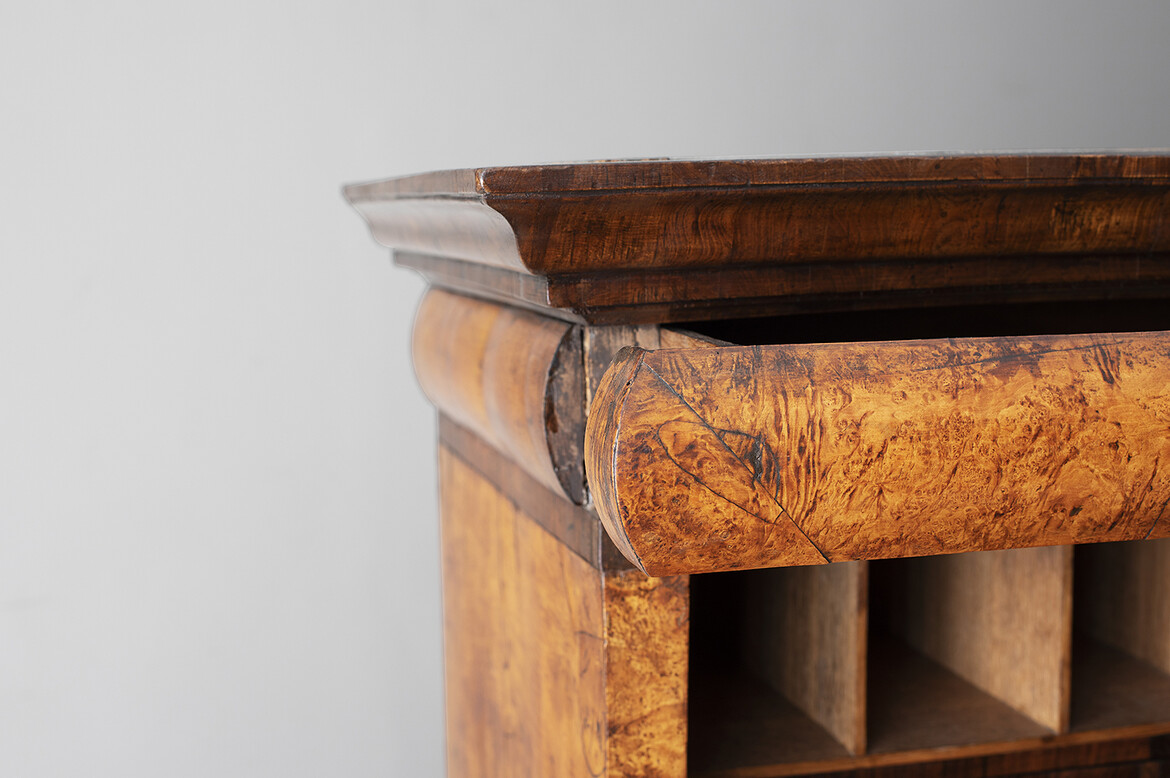 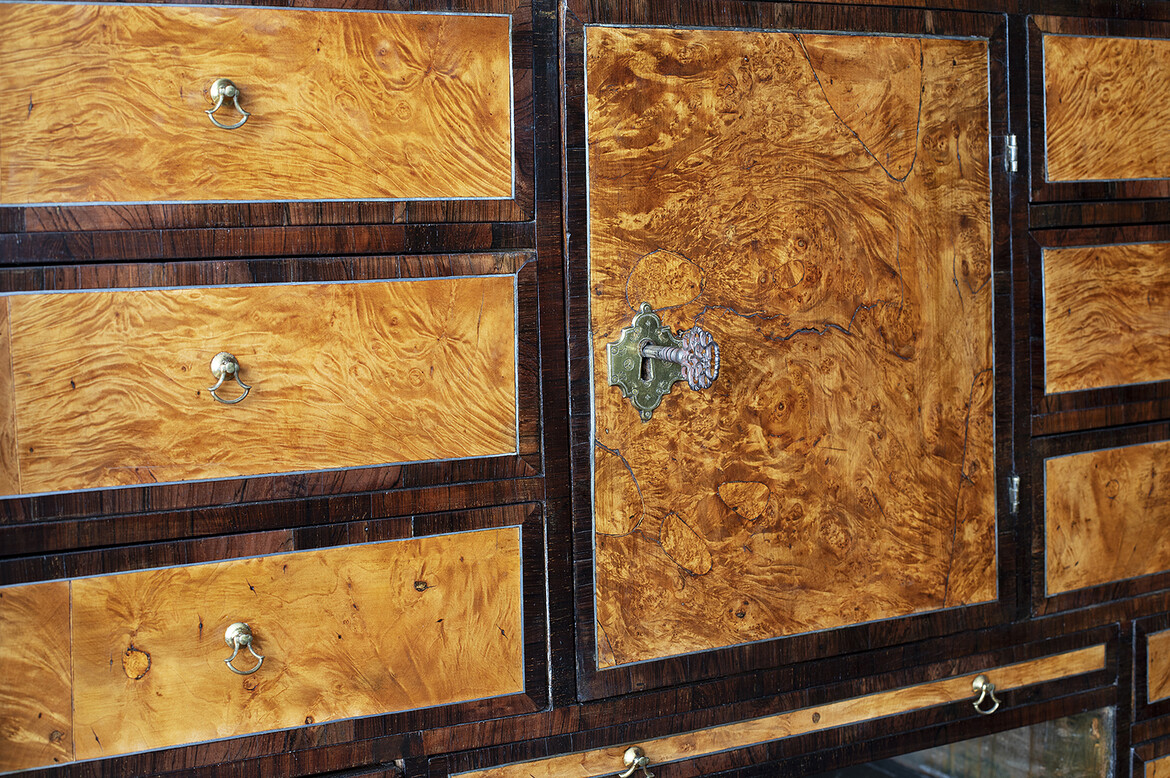 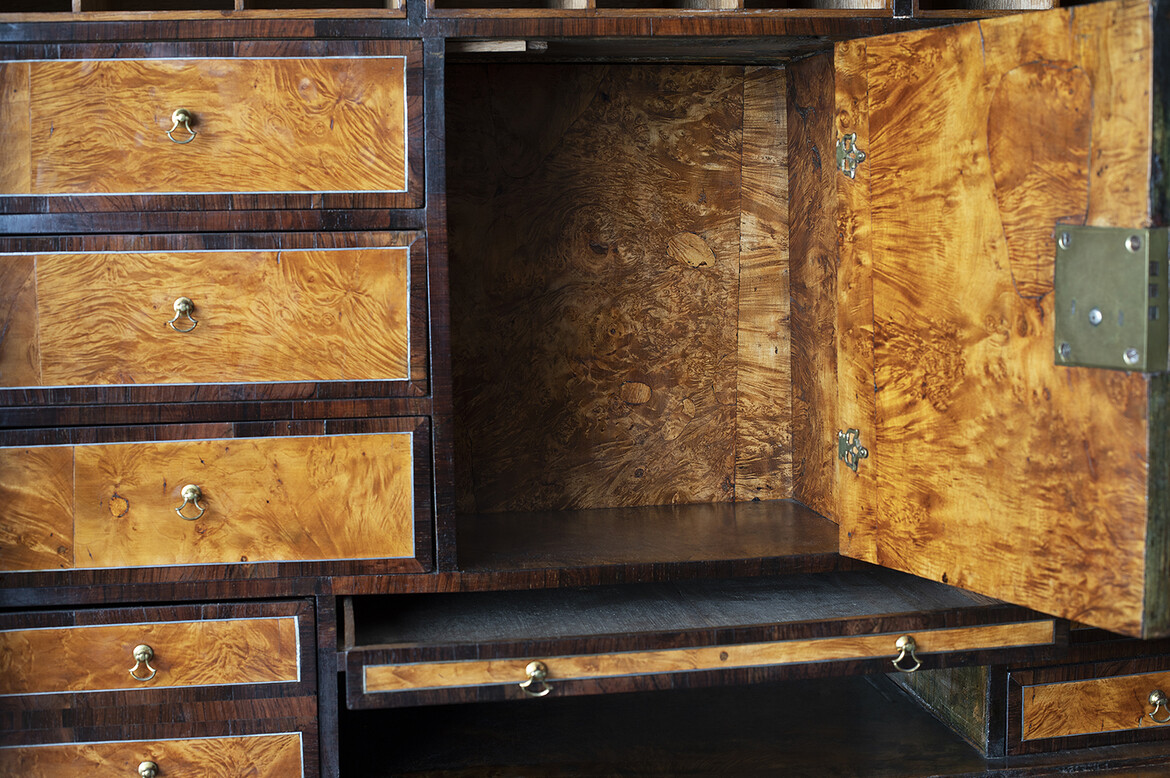 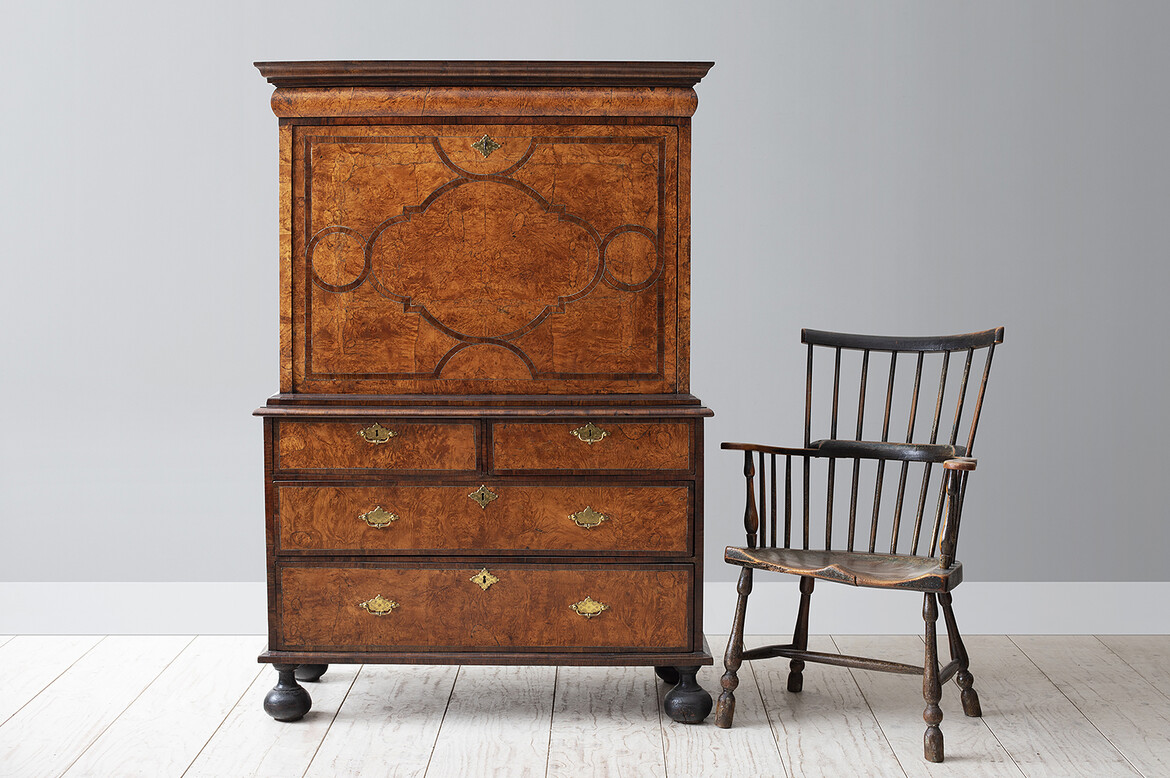 Mulberry Escritoire by John Coxed, circa 1700

A superb and rare William III mulberry wood, kingwood-banded and pewter-inlaid escritoire, attributed to John Coxed of St Paul's Churchyard, London. The kingwood-banded cornice with cushion drawer, above the geometrically veneered fall with kingwood banding strung with pewter. Enclosed is a fitted interior of eleven drawers with gilt brass Dutch drop handles and a central cupboard with a further four drawers and secret compartment within. The base of two short over two long drawers, banded with kingwood and with engraved brass handles and elaborate escutcheons, standing on bun feet (the back two are later replacements). This piece is a wonderful example of the early work of John Coxed, of wonderful quality, colour and patina throughout.

John Coxed established a business in the late-seventeenth century in St Paul's Churchyard, taking on the premises from a Mr Hayes, who was an upholsterer. Mulberry wood, although originally thought to be a veneer from that tree, was later thought to be burr maple stained in a particular process to give the beautiful, mottled-looking and highly figured timber that can be seen on this wonderful piece of furniture. John Coxed later partnered with Thomas Woster and the business survived at the St Paul's Churchyard address until Woster's death in 1736.