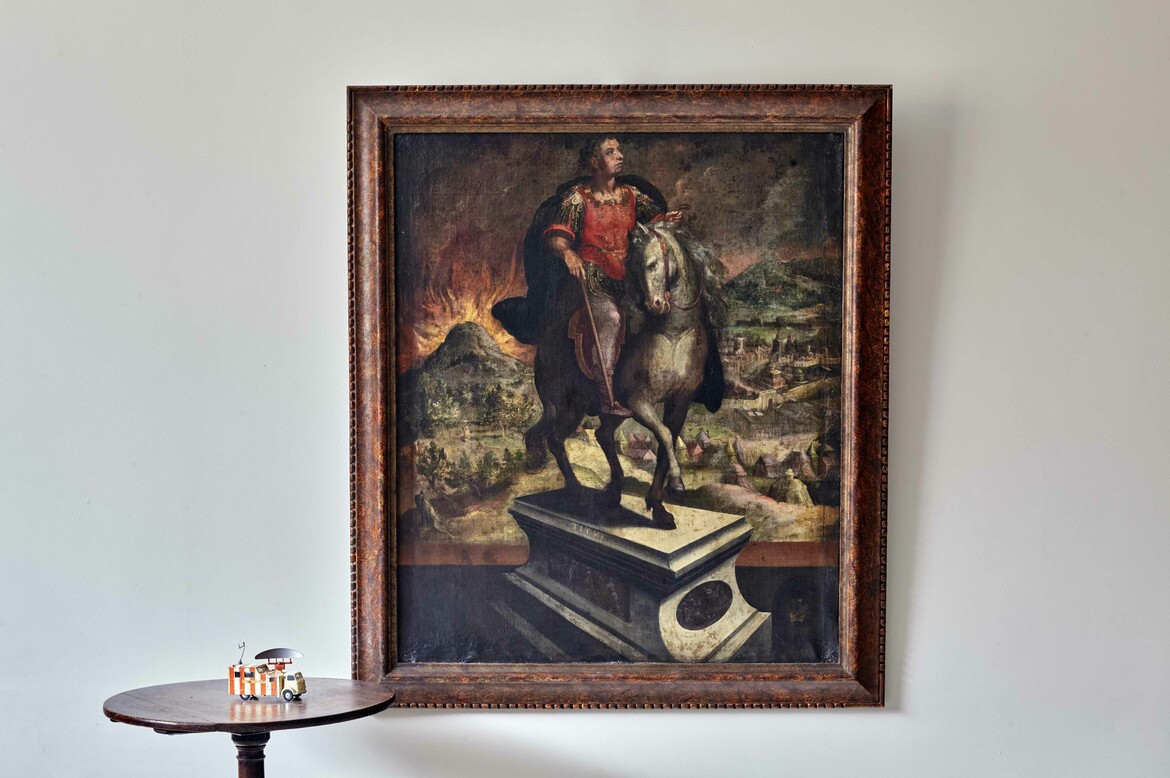 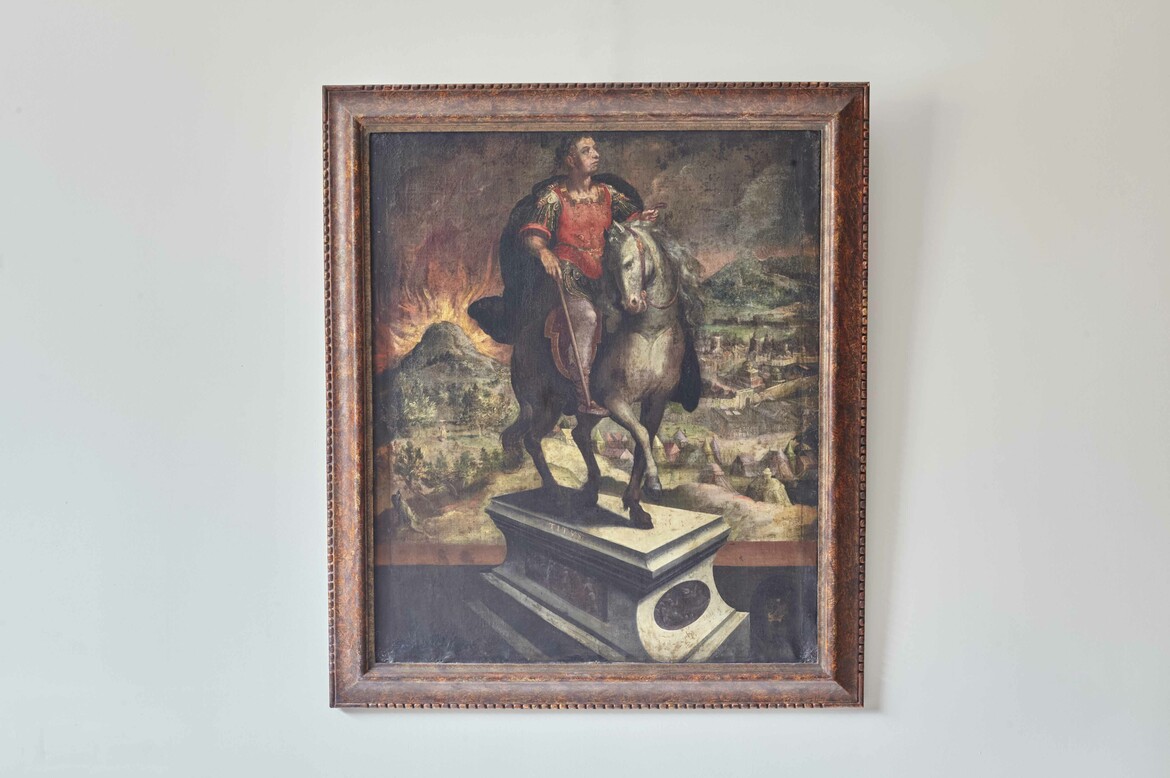 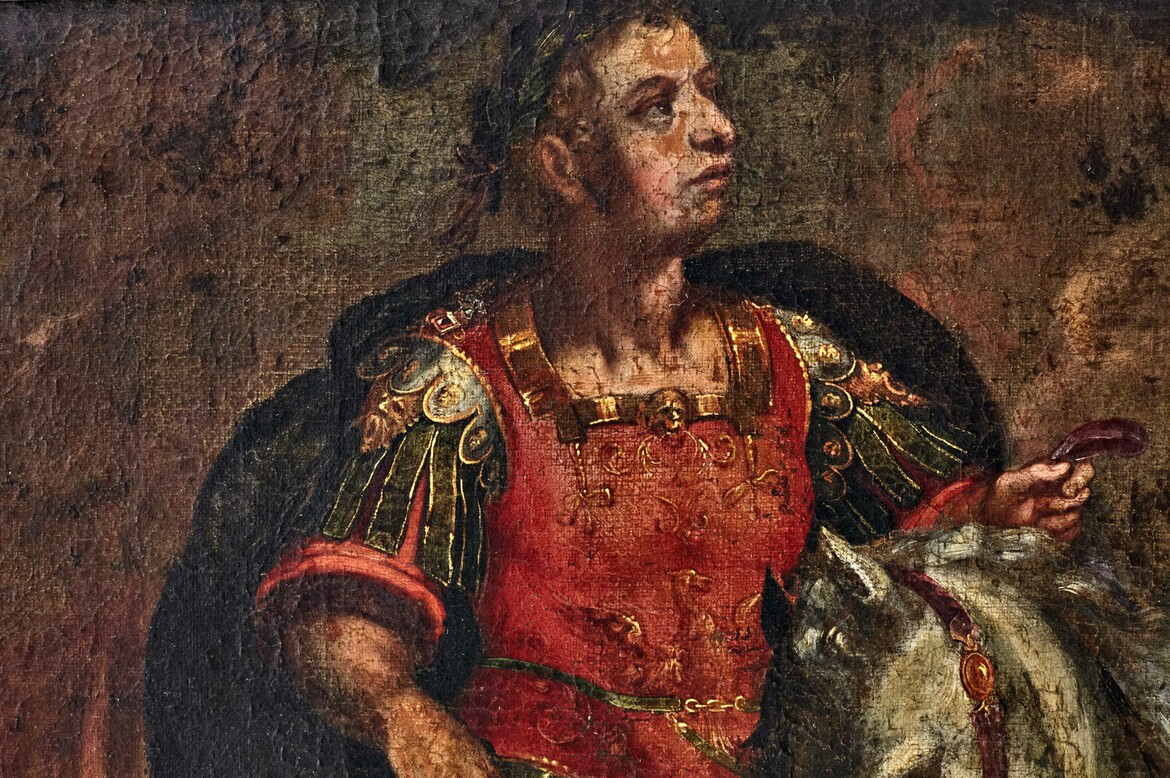 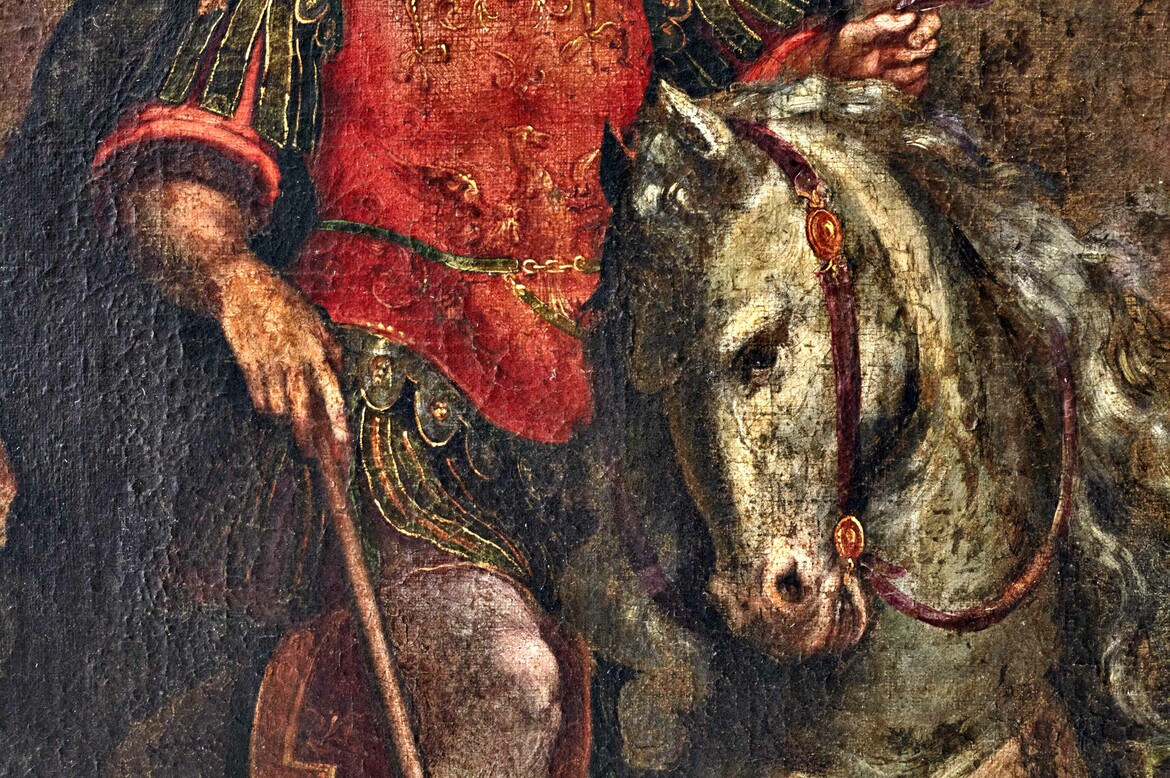 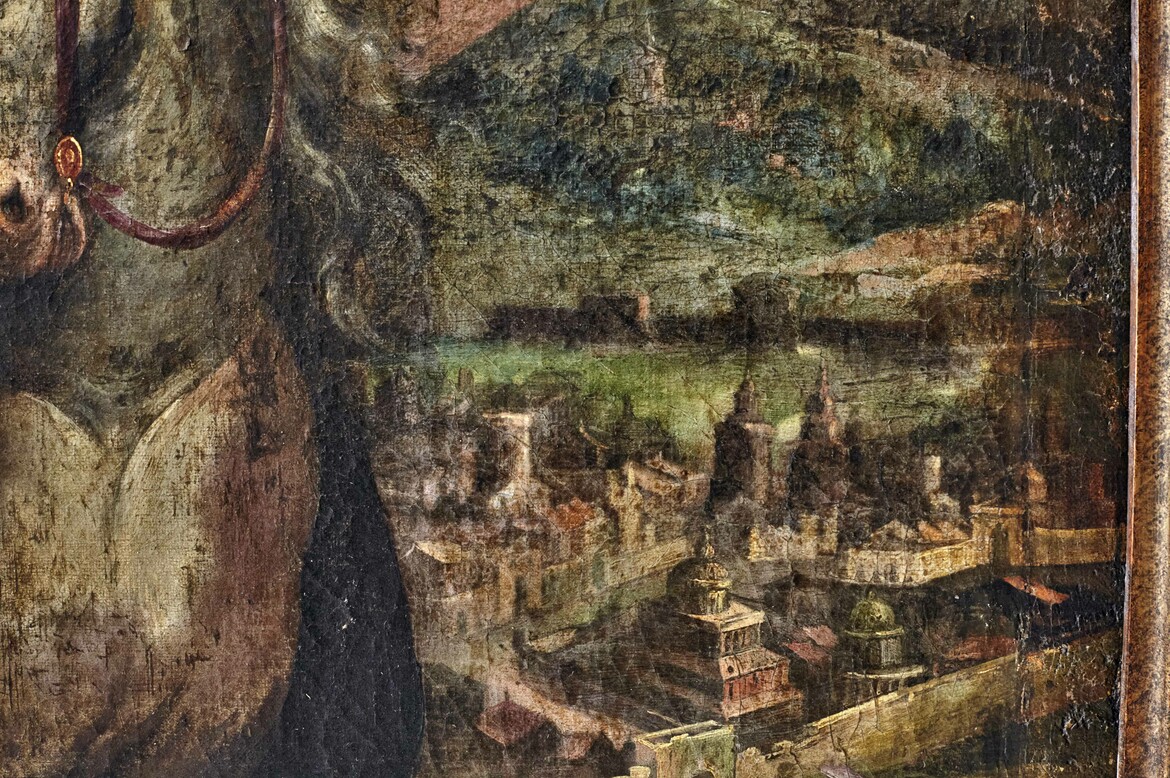 A large 17th century Medici school painting depicting Titus astride his horse, victorious after battle. Probably originally from a very, very large canvas depicting all of the emperors. Cut in antiquity judging by the antique stretcher that it sits upon. There is a join in the canvas on the far right hand side. Now in a bollection moulded and faux marble decorated frame.